For the period 1/8/13 to 2/11/15 the trading strategy returned $13,608 on an initial investment of $10,000. Buy and hold returned $3280. At the bottom of the graph are the signals. In this case the buy signals show good reinforcement, generally a buy signal is followed by several other buy signals. Sell signals show little reinforcement. Red and green bands show when the stocks were held long (green) or short (red). 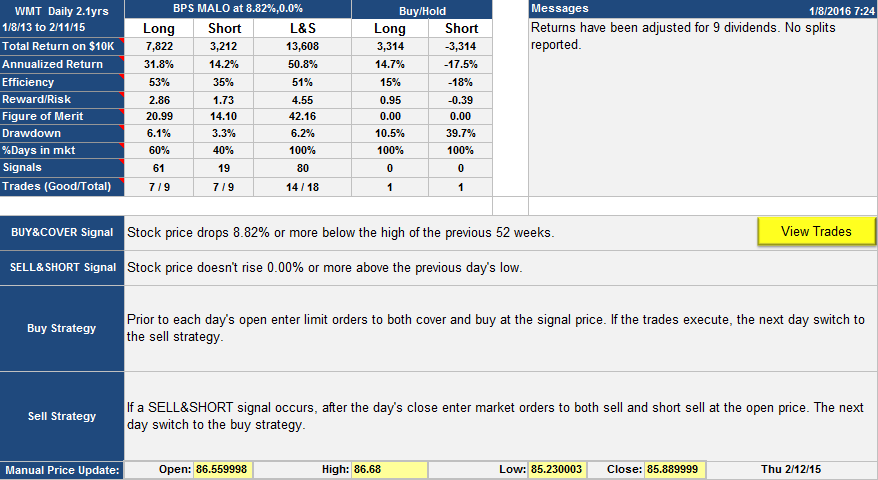 WMT Daily. The tables show the annualized return of the trading strategy (50.8%) vs. buy and hold (14.7%) for the 2 year period 1/8/13 to 2/11/15. Drawdown was 6.2% vs. 10.5% for buy-hold. You can also see how you would have fared going only Long or Short or short-and-hold. The lower table describes the signals and the strategy in detail. The Long and Short strategy is described which requires holding the stock long or short at all times, however you would also have made a profit taking just the long or short side.

The Life graphs show how the returns look over four different time periods. In general it is best to look for systems with consistent returns. For this strategy, all four time periods showed returns better than buy-hold. 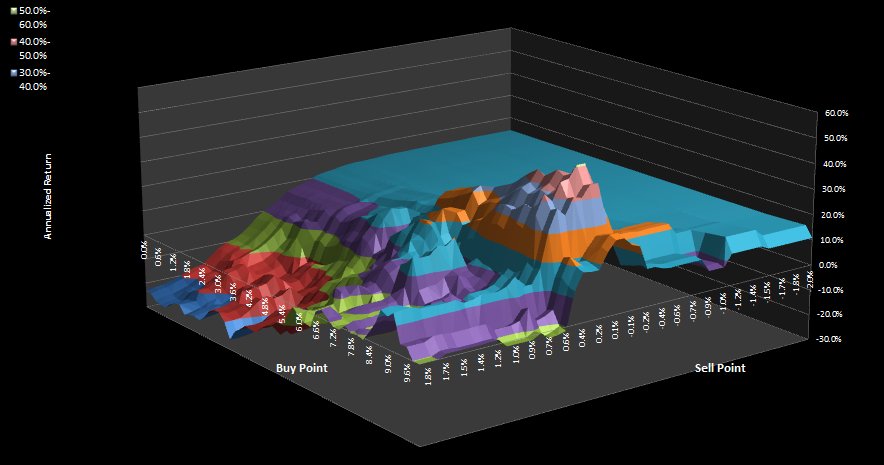 WMD Daily. This shows how the return varied when the buy and sell points were varied. Notice the sell point range is much narrower that the buy point range. The algorithm only worked for a very small range of sell points.

Since original publication, the algorithm like the underlying stock has done poorly.