These Alphabet Inc. GOOGL signals were selected from 1,240,000 backtest results for their reward/risk and parameter sensitivity characteristics. While backtests don't typically provide reliable signals which can always be counted on moving forward, many swing traders find value in knowing what buy and sell signals would have worked over time. 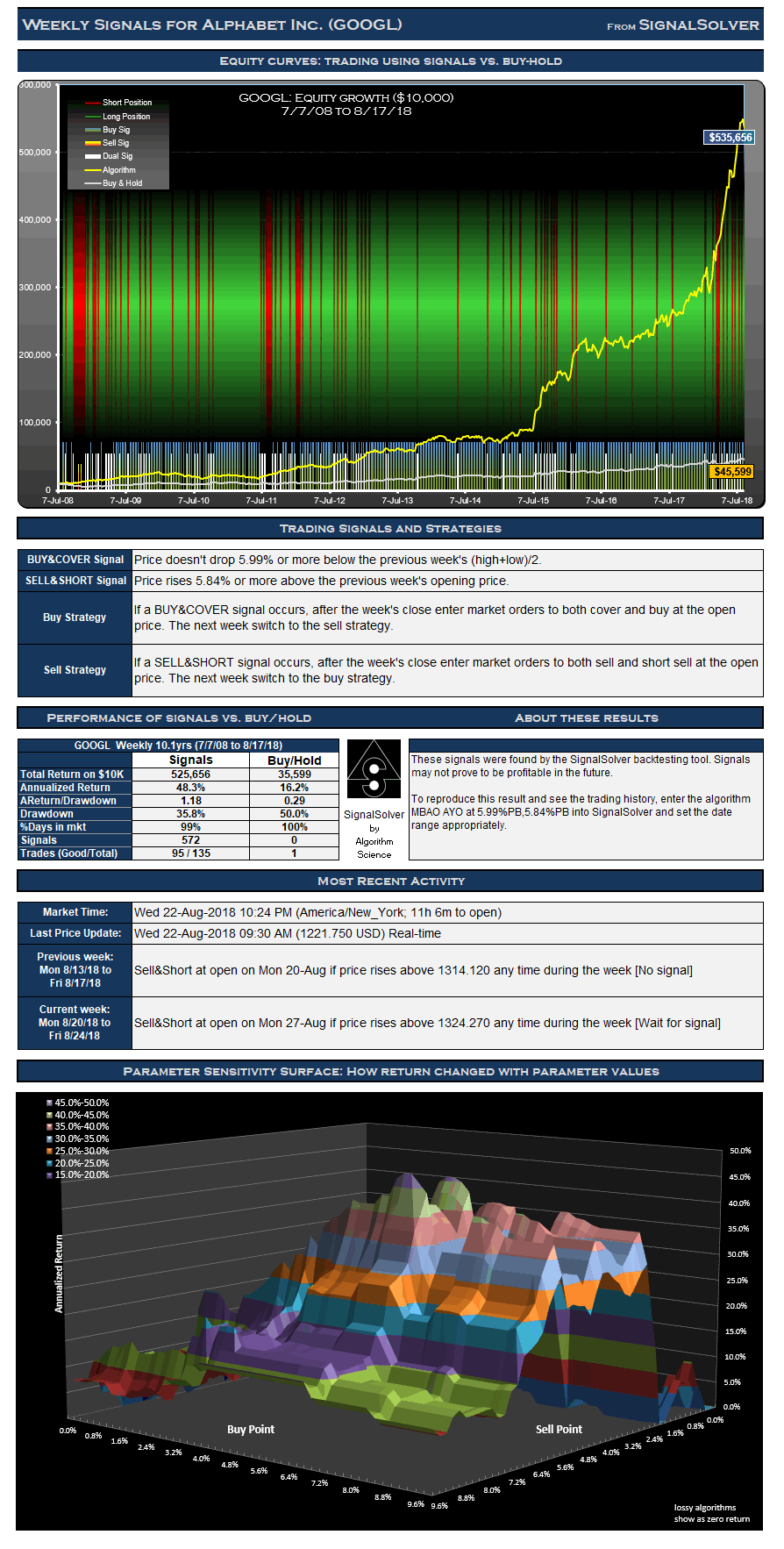 For this type of strategy, not every signal is acted upon and signals are often reinforced. If you are long in the security, buy signals can be ignored, for example. Similarly if you are short you can ignore sell signals. For this particular GOOGL strategy there were 471 buy signals and 101 sell signals.These led to 68 long trades of which 54 were profitable, and 67 short trades of which 41 were profitable.

This is a weekly strategy; weekly OHLC data is used to derive all signals and there is at most one buy and sell signal and one trade per week. Drawdown (the worst case loss for an single entry and exit into the strategy) was 36% vs. 50% for buy-hold. Using drawdown plus 5% as our risk metric, and annualized return as the reward metric, the reward/risk for the strategy was 1.18 vs. 0.29 for buy-hold, an improvement factor of around 4.0