These Direxion Daily Gold Miners (NUGT) signals traded as directed would have performed around 86.8 times better than short-hold with an ROI of 7930% for the period 11-Aug-16 to 14-Sep-18. 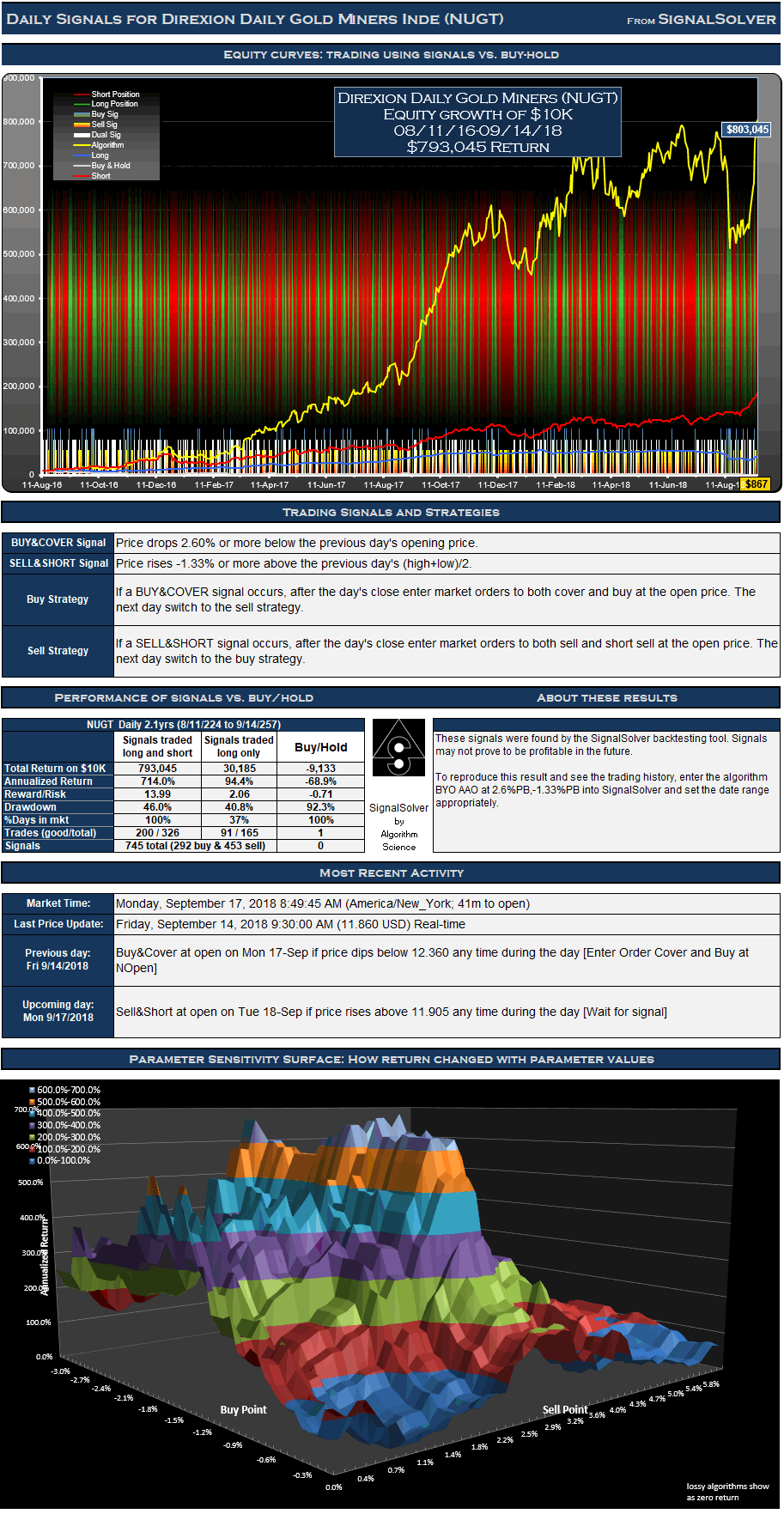 These trading signals for NUGT were selected from over a million backtest results for their reward/risk and parameter sensitivity characteristics. Backtests don't always generate reliable signals which can be counted on moving forward but many traders find value in knowing what buy and sell signals would have worked well in the past.

Drawdown (the worst case loss for an single entry and exit into the strategy) was 46% for long-short and 41% for long only. This compares to 92% for buy-hold. The reward/risk for the trading long and short was 13.99 vs. 1.88 for short-hold, an improvement factor of around 7.4. If traded long only, the reward/risk was 2.06, short only was 5.12 (54% drawdown). We use drawdown plus 5% as our risk metric, and annualized return as the reward metric.