Today, I'll just throw out some more results from the multi-algorithmic testing I've been doing with SignalSolver. This time for Facebook (symbol FB). This is a stock which moved a lot in the time-frames used in the study. Could SignalSolver correctly predict and capitalize on these price movements? Let's see...

As described in the methodology and the AMZN results, two optimizations were run on the June 2015 through June 2016 stock price data, one which rewarded raw returns using the Percentage Band, the other which rewarded more consistent returns and using the EMA band. First, lets look at Buy-hold performance for the subsequent periods:

Now lets see if the algorithms were able to exploit these price movements.

Results of the Return Optimization: 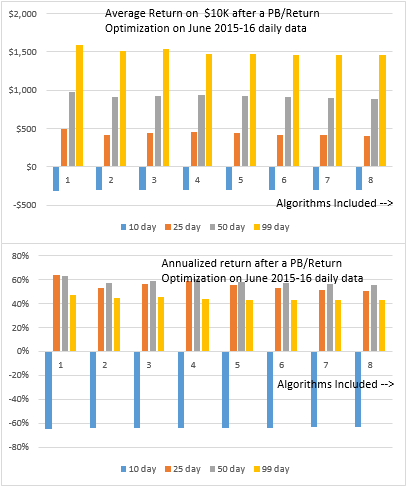 Now, the results for the Figure of Merit optimizations:

and the multi-algorithm averages: 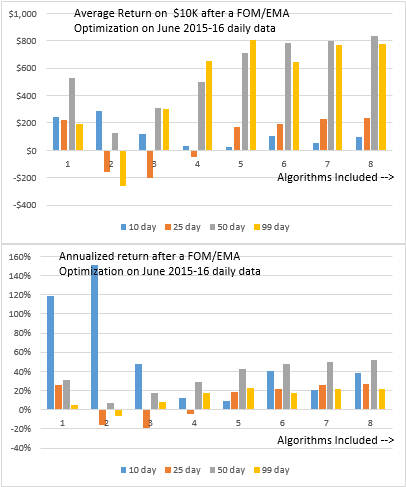 A pretty dramatic rise at the end of Jan 16. Luckily, all the algorithms were started long, so we got a piece of the action: 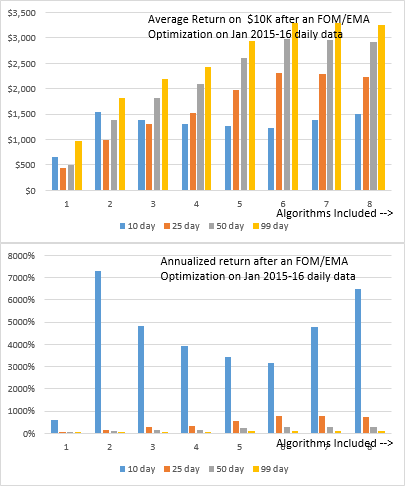 Averaging more algorithms simultaneously gave better results, for the most part. In fact for the 25 and 50 day we actually beat Buy-hold for the higher averages.

Another impressive set of returns (if you had guessed long). How did the algorithms do? 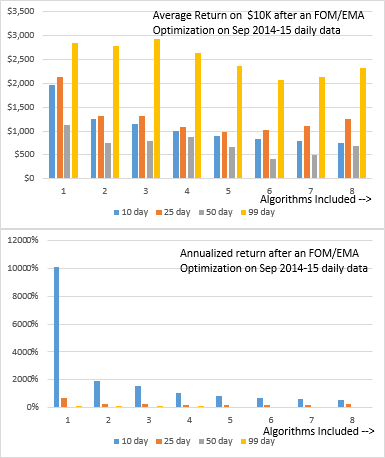 Good 10 and 25 day results, but hanging on for 50 trading days would have knocked a big hole in your profits. But,  had you held on for 99 days you would have beaten buy-hold very nicely.