This UWTI trading strategy would have returned $676,147 for $10K outlay over a 2 year period. It was a very straightforward strategy with simple maintainence, once a day you would have put in either market orders to cover and buy or stop orders to sell and short before the open. This is another result discovered by optimizing minimum quartus returns, a SignalSolver backest optimization technique. A quartus is one-fourth of the data and we look for algorithms which give the best minimum return of all four quartus results. In this case it was 206% annualized for the period June 2013 to Jan 2014. It happened to be the fourth best result found for this particular scan of 500 algorithms but I chose it because the drawdown was significantly better than for the other 3 (30.7% vs 55% for short-hold).

Results for this strategy were not consistent, most of the gains were made in the period June 2014 to Feb 2015. 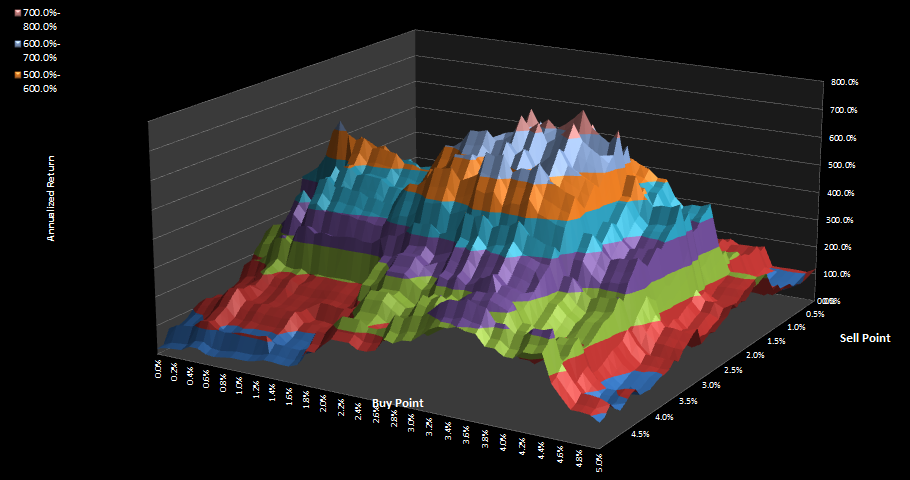 A list of trades in spreadsheet format: UWTI-D Trades

The above analysis has been corrected for a miscalculation of the short-side return of this algorithm.

This algorithm turned a complete loss: