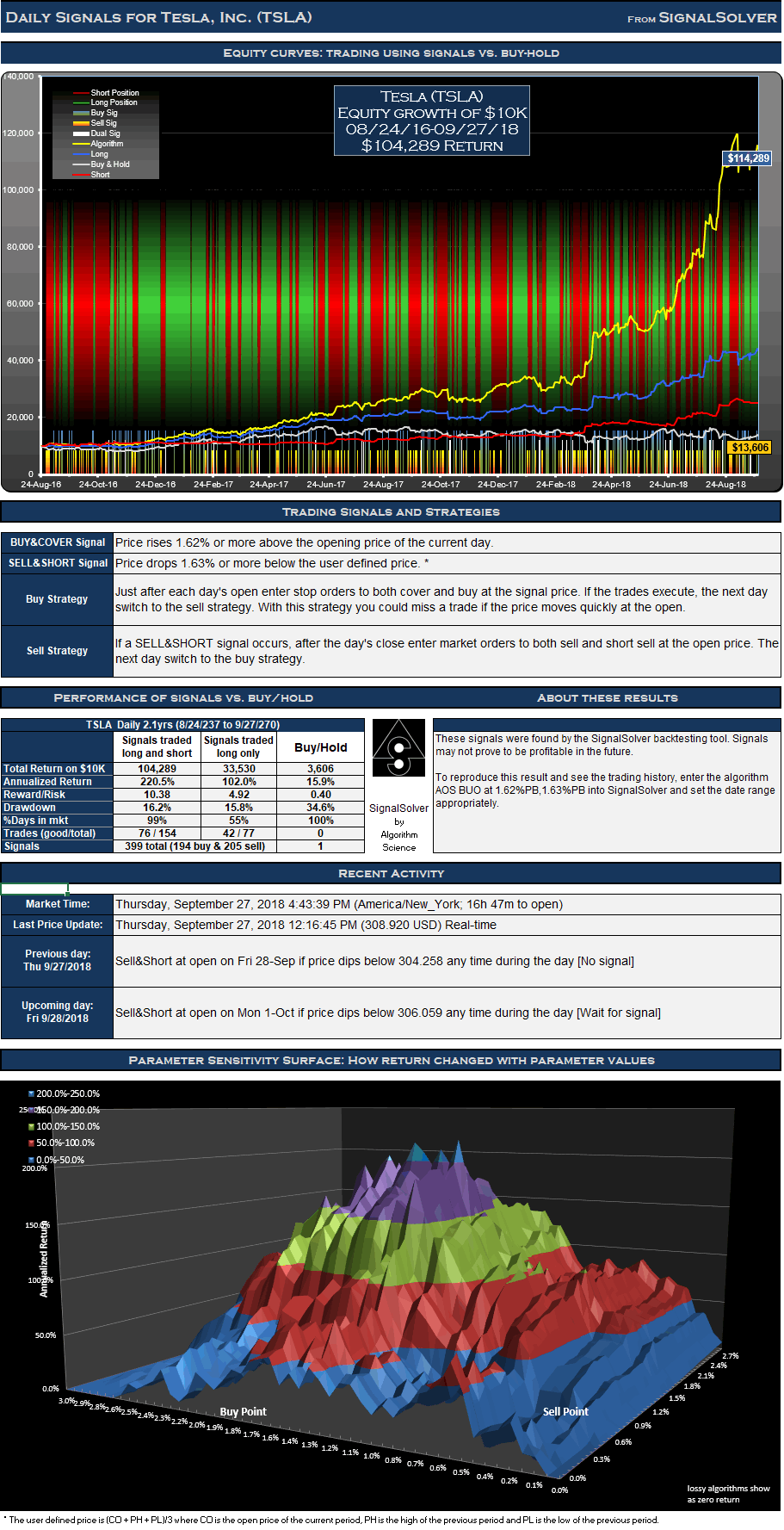 The trading signals for Tesla (TSLA) were for their reward/risk, longevity and parameter sensitivity characteristics. Backtests don't always generate reliable signals which can be counted on moving forward but many traders find value in knowing what buy and sell signals would have worked well in the past.

Returns for the Tesla (TSLA) signals

Drawdown (the worst case loss for an single entry and exit into the strategy) was 16% for long-short and 16% for long only. This compares to 35% for buy-hold. The reward/risk for the trading long and short was 10.38 compared to 0.40 for buy-hold, a factor of 25.9 improvement. If traded long only, the reward/risk was 4.92. We use drawdown plus 5% as our risk metric, and annualized return as the reward metric.

These are the trades which would have occurred had you used the signals as directed. They are the results of a simulation, not actual trades.